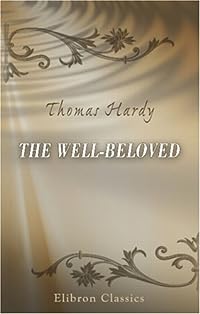 Set on the Isle of Slingers, this novel follows the exploits of Jocelyn Pierston, a sculptor who falls in love successively with three generations of island women, seeking female perfection, just as he strives to realise the ideal woman in stone.

Read the Book "The Well-Beloved" Online

Hardys protagonist, Jocelyn Pearston (in the 1892 serialized version of the novel I read) or Jocelyn Pierston (in the 1897 revised book publication), pulls off the remarkable feat of falling in love successively with three generations of women in the same family with the same name, Avice Caro. Hardy manages the intrinsic farce of this situation well, at the same time that he works it for his deeper, philosophical themes (Caro means flesh in Latin, with all that implies.) When Jocelyn confesses to Avice Mark III that he has loved her grandmother and her mother prior to her, the girl asks sardonically whether he loved her great-grandmother as well. On the symbolist poem side of the equation, one thing I liked about the novel was its impressive philosophical density, and especially the interesting, highly self-conscious way in which it engages with the Platonic theme of idealized love as a groping after divine or immaterial beauty. On the realist novel side, I loved its portrayal of the tiny island, or peninsula, of Portland, off the Dorset coast: the ancestral home both of Jocelyn and the various Avices, and home also to the famous Portland stone, of which half the great monuments in London are built.

As a means of justifying his transient lusts, 20 year-old sculptor Jocelyn Pierston has invented a metaphor--that of the "Well-Beloved." The Well-Beloved never takes permanent home in a single individual woman. As Pierston ages, in the two succeeding sections--where he is 40 and 60 respectively--he becomes especially fixed on a single family, the Caros, in whose three succeeding generations of lookalike daughters he finds his Well-Beloved embodied. Especially fascinating to me--for all the wrong reasons--was the sixty year old Pierston's attempt to marry a woman 40 years his junior.

It's definitely worth the read.

After watching Tess of the d'Urbervilles, I decided Id have to read more by the author Thomas Hardy. I love how he gently but harshly criticizes the expectations of Victorian society by placing his characters in unpleasant situations caused by these expectations. Within, the author explores of the extremes of a certain type of personality through his character Jocelyn. Jocelyns excuse for this phenomenon is that hes only ever been in love with one entity (which he calls his well-beloved), but this entity flits from person to person. Being a scientifically-minded person, I had to research the chemical stages of attraction, love, and relationships after reading of this person who was unable to stay in love. ATTRACTION -- PHEROMONES (smell) can play a role here as well as APPEARANCE which can be a subconscious way of determining genetic compatibility 3. INITIAL GIDDINESS -- caused by DOPAMINE (a pleasure chemical) which produces a feeling of bliss, euphoria, craving, and addiction. Unfortunately, Jocelyn stays addicted to these chemicals from his 20s through his 60s. But he never stays in love because he never allows himself to get to the point of developing any type of bond or long-term relationship. Something else interesting about Jocelyns love addictions is that hes attracted to the same genetic mix over and over again. Theres been research done that says that we are attracted most to those who are the best genetic matches to us. Anyhow, Hardy didnt set out to write about the genetics and chemistry of love, but his personality sketch of Jocelyn nods in such a direction.

The Well-Beloved of the title is an ideal, a spirit which the central character Jocelyn Pierston, believes comes to temporarily inhabit the physical form of subsequent women and girls. When he is twenty Jocelyns ideal of the Well-Beloved inhabits the form of Avice Caro a girl he has known since childhood. Having asked Avice to marry him, the couple decide not to go through the form of traditional betrothal; Jocelyn later abandons Avice to run off with another woman, the daughter of his fathers greatest business rival, in whom he again sees the spirit of The Well-Beloved. In later years Jocelyn finds his Well-Beloved in other places and in other women, it becomes a more fleeting ideal with the passage of time. This was my third reading of The Well-Beloved a likeable enough Hardy novel although not a favourite of mine I do think it offers us an interesting perspective on Hardys own attitudes to love, marriage and the pursuit of the ideal.

Of all the three "Avice's" I think I liked the 2nd one best. Of course the fact that one man tried to get it on with mother daughter and grand-daughter is terribly creepy when you think about it. I've been thinking a lot about growing up and growing old lately and I think this book did a wonderful job of examining this theme, almost more than it did looking at love, infatuation and obsession.

Thomas Hardy produces a fairly short but interesting novel about a man who is cursed with falling in love with three generations of women, mother-daughter-granddaughter. This time, Pierston wants to marry Avice's daughter (the original Avice having died), but she is not interested in him. Pierston does ultimately get married - to the woman that he left the first Avice for forty years earlier. On page 35, the young Pierston talks of a time when he was quite depressed and thought of taking his own life: "I went away to the edge of the harbour, intending to put an end to myself there and then.

It shows, this novel is not as narrative, as intricately plotted as others of his: it really just wants to present a thesis, a preconceived idea: what if a man falls in love over his life with three different women from the same family? In a way, it presents the life of a man as his failure in love, his failure to fulfill his love with any of the women with whom he falls in love. This artist is pulled to Portland, to his turf, all the time, a place where, as a friend points out, "a man might love a scarecrow or a turnip-lantern".

In the novel, Hardy chose to leave one of his protagonists, Knight, literally hanging off a cliff staring into the stony eyes of a trilobite embedded in the rock that has been dead for millions of years.