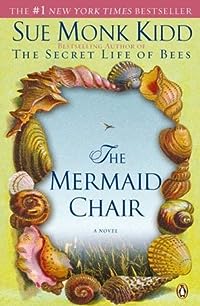 Im really tired of stories where the lead character decides they need to drastically change their life. After making the decision to leave the said stable relationship the lead character always (and I mean ALWAYS) manages to convince themselves (and the reader) that it isnt just lust that draws them into this new relationshipoh no, its TRUE LOVE. So they plunge into this new relationship (often without ending the first one) with great bliss. Romping around, rolling in the hay, having a grand ole time convinced they are in love and life will be like this for the rest of their days. Then another plot twist either separates the two new lovers, or throws the lead character back into the path of the stable relationship. I feel it cheapens the importance of marriage or a committed relationship, and makes the lead character (typically a woman) look naive and well, lets be honest, like an idiot. The lead character wanted to have a steamy affair with their new-found love interest. So they convinced themselves that they were at a point in their life where they needed to change and they found this amazing new person who could love who they now are.

Although I thoroughly enjoyed "The Secret Life Of Bees" by the same writer, I found this book to be a far different sort of read. The main character I found to be whiny, annoying, selfish, and someone I just couldn't connect to on any level. This errked me in that I feel I MAY have been able to connect a little more with the protagonist's plight had the narration been 3rd person.

This book tackles a difficult subject: how can you fall in love with someone else while still married to a wonderful man who hasn't changed? The goodreads complaints were that Jessie has no reason to fall for another man--her husband is seemingly perfect, and she's just selfish and awful for not wanting him.

Very disappointed in this book since I loved "The Secret Life of Bees". If a reader wants a simple summer read and finds a forbidden romance titillating, this is the book for you.

After hearing her speak, I realized that a lot of her personality comes through in her writing. I think I like Sue's style so much because it has the right amount of description for things, her dialogue is realistic, and when you think about it her stories seem so outlandish, but when reading it you can see it actually happening. There are no characters in The Mermaid Chair that are reminiscent of any in The Secret Life of Bees, and specifically what Kidd was worried about was people might roll there eyes at another pack of strong female characters taking presidence in the book. Personally, I liked The Secret Life of Bees over The Mermaid Chair because I just found that one more interesting...

There is NOT love at first sight. Bored woman goes to take care of crazy mom on island that is full of monks.

The main character in this book just seemed like a whiner to me. He seemed like an intelligent, sensitive guy, and the minute he lets her out of his sight she boinking a monk.

I do think "The Secret Life of Bees" was better--I enjoyed the characters and storyline in Bees more so than "The Mermaid Chair." The main character of Jessie drove me crazy sometimes because, as everyone thinks, she could be so selfish sometimes when it came to her mother and her husband. True, it's a little unbelievable Jessie would choose to pretty much ignore her mother's mental state and spend most of her time and energy in love with a monk.

In her forties, Kidd turned her attention to writing fiction, winning the South Carolina Fellowship in Literature and the 1996 Poets & Writers Exchange Program in Fiction. When her first novel, The Secret Life of Bees, was published by Viking in 2002, it became a genuine literary phenomenon, spending more than 2 years on the New York Times bestseller list.