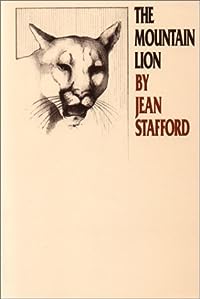 I guess it's kind of like an ugly duckling that wants you to know that it considers itself just fine this way. Ralph and his little sister Molly are the unfortunate disgraced runts in a family that knows what the right thing to say is. The NYRB book jacket says that Molly and Ralph are "inseparable, in league with each other" and "And yet at the same time this other sphere, about which they are both so passionate, threatens to come between their passionate attachment to each other". Molly was the only one who ever thought about Ralph. Molly doesn't especially regard Ralph. They don't know the words that she studies to have something over them. Molly is awkward to the rest of the world, at least as she knows it. She doesn't know how to magically transform herself into a pretty girl. She doesn't know how to stop expecting others to make her feel right about herself. The first time I met him he proceeded to bash the hell out of her sister because she found escapism in some sci-fi tv show (I don't know her but I wasted no time into launching a defense for her). If Molly and Ralph were ever close it was that they shared a don't look twice for other people. Ralph could have picked any macho asshole that looked like the Ralph he wanted to be. Uncle Claude may be resented for a time by Molly for "stealing Ralph". When Ralph feels frustrated in the sexual reciprocation he felt he was meant to have he takes it out on his little sister who happens to be the only one around. He asks her to tell him every dirty word he knows. I don't know why Stafford thought that this could have made a difference. I also think that Stafford over-rated Molly's stare that saw all. Now that I'm thinking about Gormenghast (I had my books same as her) I'm thinking that Stafford probably thought of Molly's accidental death as the unintended suicide and she would have gone on living betrayed by her false play date. I don't know that it could have ended this way or another.

After reading a little bit about Stafford, it sounds like there's a lot of her in Molly, which only makes this novel a little more disturbing.

Complicated (but told in a remarkably straightforward style), sad, strange, wise, and always compelling, The Mountain Lion is frequently categorized as a coming-of-age novel. But brothers, sisters, genteel mothers, portraits of dead grandfathers, the lingering scars of scarlet fever, and the limited use that a Colorado cattle ranch (or the west in general) has for a smart, artistic and sickly young girl-- all of these things add up to ensure that nobody ever really comes of age in this novel. In 230 tightly controlled pages, Molly and Ralph, the two siblings at the center of the novel, leave early childhood and enter their teens. The novel opens with a bonded Molly and Ralph leaving school early with bloody noses--the aftermath of their bouts with scarlet fever. But sudden familial death, and summers spent with their Uncle Claude on his ranch, ask and require different things of Molly and Ralph, chip away at their unified point of view.

Awkward and sickly siblings Ralph and Molly are inseparable and co-dependent until they start to spend summers with their uncle Claude in Colorado, where Ralph pulls away from their insular, shared world in favor of the virile camaraderie of his uncle and his uncle's ranch hands.

Captivated by sentences like "The smoke from Winifred's cigarette went straight up and then opened out into a horn like a blue lily." and "Once out in the bright green meadows of the valley he thought he would be safe from the thoughts that swarmed about him like a dream of reptiles." Transported by this dark tale of doomed children that in other hands might have bordered on the gothic, but in Stafford's clear dispassionate voice has the supersaturated aspect of a hypnotic reality that compels attention.

It's been 20 years since I read this, after a friend lent me his copy, with praise for Stafford as his favorite novelist. I've been unable to remember her name, only Jean, and a title with the word Lion. Also read that The Mountain Lion was semi-autobiographical.