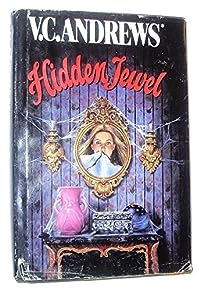 Sheltered from sorrow, innocent young Pearl thrives in the sunshine of a loving home...except for the haunting nightmares of her earliest years, and the dark family secrets she worries will one day shadow her destiny....

Raised in a New Orleans mansion filled with kindness and laughter, Pearl dreams of becoming a doctor.

But the sultry Louisiana heat cannot dispel her family's sinful legacy, the snakelike treachery of a man who threatens Pearl's innocence, or an awful portent of disaster.

After a cruel accident befalls one of Pearl's twin brothers, the bayou that seized him beckons to Ruby who flees, tormented, back to her Cajun roots.

Pearl's faith in her mother abides, but she cannot hold back her tears when her other brother falls deathly ill, and her father retreats into his own bourbon-soaked world.

Pearl's dreams of success swirl away with the hurricane winds, and she journeys to the swamps in search of her mother and the shocking truths of her heritage.

The first Neiderman/Andrews book I read was one of the later titles published in the mid-2000s, when I guess he decided that he gave no f*cks and was going to write whatever, because it was about a creepy school and not a Gothic family drama - what. It actually put me off Andrews books for a while, because it was so bad. With that in mind, I decided to go back and revisit "V.C. Andrews" (as done by Neiderman), thinking that the early books - the ones written when he actually still gave f*cks - might be better. After that, every male character tries to sexually molest Pearl, including her father (well, sort of - he just disrobes, thinking she's her mom, and pulls some "Paint me like your French girls"-type Titanic BS which, understandably freaks Pearl out), an interning doctor (aka, Dr. Bad Touch) who invites her to study only to lecture her about vaginismus and dyspareunia and then attempts to determine whether or not she's frigid (the leading cause of vaginismus, according to him) by undressing her and telling her she has "wonderfully healthy skin" (86), a creepy swamp dude who tries to pull some Craster-type BS by abducting her and forcing her to be his shed-wife via a chain and some beatings, and then the actual patriarchal-type love interest who's supposed to be a good guy but comes across as a not-so-smooth-talking-creep circa 1959.

But other than that I did really like Pearl. I was really disappointed with both Ruby and Beau in this book. I loved the scenes Pearl has with Jack in the Bayou. He seems like a nice guy and I felt there love story was much more realistic than Ruby's and Beau's was.

It was still a good book overall. I'm not as thrilled to read that as I would have been had the story continued but I guess we will see how the book is as I cannot leave a series unread....My OCD just won't let it happen.

This was a good book. Now I'm going on to the last book in the series.

This is finally the first book that was not from Ruby's point of view, but the one of her daughter, Pearl. While at the bayou, some secrets slithered out, and Pearl finally understood her mom, where Ruby was coming from, and how her state of mind came to be.

I'm still pissed off at Ruby(bitch) and Beau(asshole) for the stunt they pulled and what they did to Paul(and Ruby forgetting about Jean when she could have helped him.) Not that I ever wish for something bad to happen to an innocent person in order to punish someone but I have to admit I spend half this book getting some satisfaction out of their well deserved misery. and how does Ruby not notice that her sons are pretty much replaying what happened with the brother's they were named after?

It's nice that there is a mix of city like and the bayou again and I'm pleased when it is a happy outcome for Pierre, although, I think Pearl should have been at his side when he started to get better as she put the most effort into his recovery!

Books published under the following names - Virginia Andrews, V. She spent her happy childhood years in Portsmouth, Virginia, living briefly in Rochester, New York. The Andrews family returned to Portsmouth while Virginia was in high school. Her new-generation Gothic novel reached the bestseller lists a mere two weeks after its 1979 paperback publication by Pocket Books. Petals on the Wind, her sequel to Flowers, was published the next year, earning Virginia a $35,000 advance. The second book remained on the New York Times bestseller list for an unbelievable nineteen weeks (Flowers also returned to the list).