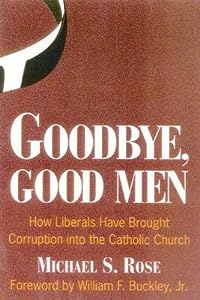 This book explodes the notion that the Catholic priesthood is dying, as there isn't enough interested young men who want to lead a traditional, orthodox priestly life. The problem was NOT a lack of candidates, it was the poisonous environment created within the seminaries by liberal, fallen priests, feminists nuns, and heterodox church leaders. The author demonstrates that in those dioceses which maintained seminaries which adhered to orthodox Catholic teachings, recognition of the traditional celibate life, and respect of the leadership of the Pope, they have more than enough seminarians. The author, a writer and editor of various Catholic journals, digs deep into the corrupt environment in which young seminarians who sought an orthodox experience. Unfortunately, many, too many, young seminarians, without enough solid teaching in the orthodox positions of the Church or faith, could not withstand the onslaught. Though the numbers of seminarians are not where they were in the 1950s / early 60s, and many seminaries have closed, the Church is experiencing a growth in the numbers of young men who want an authentic experience, learning the orthodox teaching of the Church. The question remains - was the priest sexual abuse scandal tied to the liberal corruption of seminaries? But, part of the problem for the Church was the protection of a homosexual climate within some of the seminaries. What is the tie between this gay subculture in the seminaries during this time and the priest sexual abuse scandal? The lethal combination of the corrupt, progressive culture of the seminaries, the blatant attack on the teachings of the Church from those in positions to teach the doctrines and beliefs of the Church, forced orthodox men out, and allowed gay, but particularly those fallen, priests to remain, often advanced into the priesthood. The radical feminist movement is largely rejected by most intelligent young women.

He blames the priest shortage on the exclusion of orthodox students. Orthodox Catholics must hide their orthodoxy to survive at the more liberal institutions. Many liberal teachers are intolerant of orthodox students in their classes raising objections to the heterodoxy that they are being taught. Liberal institutions often send orthodox students to psychotherapists to be reeducated. The Roman Catholic institutions share information, and the new place you apply will know about your previous rejection. Roman Catholic institutions make a distinction between spiritual formation faculty and academic faculty. The author also claims that the gay subculture is more prominent among religious orders than it is among those institutions producing priests for parishes.

-- but horrific because my eyes were opened to the real cause of the sex abuse scandals soon to envelop the Church. Moral collapse at the seminaries was the principal cause of the Church's sex abuse crisis. Anyone who was there could have seen it coming.

First, I appreciate the author's intention of highlighting serious problems in Church vocations, his optimism, and without wrongly blaming the Second Vatican Council, denouncing heterodoxy (women priests, liturgical abuse, teaching heresies), the crushing of celibacy, and the endorsing of homosexuality propagated by modern psychology. I still have problems with terms like "feminization of liturgy" to lump everything you don't like about Mass whether it's an abuse or not.

The things I liked about this book is that it's reporting a hidden topic, it's well-sourced, it's comprehensive, it's thorough. Putting more structure into this book would have helped it enormously. It's limitation is in its poor structure, and missing call to action/conclusion for readers.

The state of the seminary system is detailed and names are named here. If you believed that the abuse crisis stems from the celibacy issue, than you NEED to read this book.

more like a heads up on the worst case scenarios a potential seminarian should prepare for.

I believe that if more Catholics took this book seriously back in the 90's, we would've been prepared for the shock of the Boston pedo/homosexual scandal of 2002. I had no idea that they were trying to protect me by not sending me to a seminary in Chicago. This book should be required reading for all Catholics so that they can understand what happened to our church and to prepare for additional scandals to come.