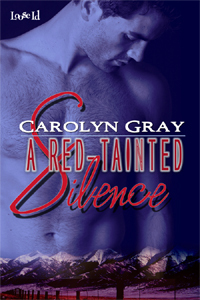 I was good at that--I guess I never believed I really deserved him, what he would bring to us both.

What I could be because of the strength and belief he had in me.Denial denial denial.Damn, I was good at that.

But I was going to have to get good at trust and acceptance, if I wanted to keep him.Publisher's Note: This book is a homoerotic love story.

For example, I hate men who cry too much, I hate characters who suffer needlessly because they won't tell anyone their troubles and I generally don't like stories with extended flashbacks. Whilst in hospital, Brandon, who finds it difficult to express his feelings, decides to write his memoirs of the time when he first met Nick so that Nick can read them and understand what was happening in his head throughout the 12 years they've known each other. Throughout the years that Nick and Brandon are together they suffer over and over again from things happening to them over which they seem to have no control. I found myself feeling a wealth of emotion as I read the account of the men meeting; of them building their lives together; of Brandon's struggle with his family after coming out and the cool relationship with his father and brother, Adam; of the exhilaration of first love; of their belief in their ability to make it as singer/songwriters. Another reason to like this book is in the characterisation as we are presented to two flawed, complex men who love each other deeply, but whose love also causes most harm. Having said that, I was thoroughly absorbed in his story and read in fascination as he allows himself to be manipulated by everyone he meets, even Nick, letting everyone think that he is happy when in fact he is just hiding his true feelings from everyone. Having said that, as the book progresses we also see that he is easily distracted and sometimes quite fickle which leads to Brandon feeling rejected and shut out at times. This then contrasted with the deterioration of the relationship in the past and also allowed me to feel a little better about what happened in the past because I knew that no matter what they had gone through, they were together now and could start to move on from past hurts. The breadth of emotion, the complexity of the characters and the sheer intensity of the book, all combine to make A Red-Tainted Silence a wonderful book which I would highly recommend.

The book begins from the end, or at least this is what the reader believes: Brandon is at the bedside of Nicholas, who is just after a kidnapping that wounded him in body and spirit, but they decide together that it is worthwhile overcoming their misunderstandings in order to build a future together. He felt in love with Nicholas at first sight, and from that moment on, as he says, he has been prepared for the pain to come when finally he loses Nicholas; since the beginning Brandon is convinced that their story cannot last, Nicholas is too beautiful, too much centre - of - the - stage, too much cool, too much... Moreover Brandon, towards the end, remembers only of the ugly moments and omits the happy ones, even if there must have been some of course, since his love for Nicholas is still so strong. Close to the end the book focuses on the present, on Nicholass fight to bring Brandon out of the dark abyss he felt deeply in. And it will be up to him, the same person who since the beginning Brandon believed would have put an end to their relation, fighting tooth and nail to keep the two of them together.

This is a love story of Brandon and Nicholas. It starts in present day, when Brandon decides that he will write about his relationship with Nicholas -- as his lover recurperating in hospital after being kidnapped and tormented for 6 weeks. Part one of the story is from Brandon's point of view, as he explains how and why he falls in love with Nicholas. When Brandon collapses, the story turns to Nicholas's point of view. Even prior to the kidnapping, Nicholas is trying to get Brandon back into his life. I am so in love with the characters, deeply attached to what Brandon and Nicholas have been through, in course of 10 years of their life.

This book tells the story of Brandon Ashwood and Nicholas Kilmain and their ten year relationship. As the story starts Nicholas is in a hospital recuperating from injuries sustained during his time as a kidnap victim. I loved the flow of the story, the drama and the mystery and also the look into a long-term relationship from its beginning and through the years to the present time.

Its a shame, I wanted to feel a connection for Nick and Brand but I never did. No light at the end of the tunnel only emotionally scarred for life.

Brandon loses himself completely in Nicholas, he is annihilated in his lover, who becomes the center and goal of his life. I think it's very significant that we hear about Brandon writing his music up until he meets Nicholas and then his music, which is his talent, becomes quite incidental in his life. When the narration switches to Nicholas, we finally see the sunnier side of the story, how Brandon is cherished by his lover. And thank you, dear Author, for breaking my heart all over again, because it becomes clear the time and strength Brandon wasted while thinking he was never good enough for Nicholas. The book is long, angsty, twisted, warped, confusing, but I think the author made an incredible portrait of Brandon's personality and it deeply resonated with me.

I knew who the bad guy was 15 pages in, so that big reveal at the end was not a surprise. Nick isn't abused once, but many times by many people, as is the other main character, Brandon. That did not work for me and was another unrealistic part of the book. What could have been a great love story between two bandmates turned into a angst-fest of rape, violence and a convoluted plot that had so many unbelievable twists and turns I gave up 35% of the way in. (I hope book two is better and has less drama, stalkers and rapes because hot rock stars in love is a favorite plot of mine.)

This best friend who loved him so much, allowed him to live in a homeless shelter??? Not very believable) I think I kept reading because I was hoping to see the light at the end of the torture, the pages that didn't have Brandon or Nicholas in tears, crying, in depression etc.

But for me there were just too many things that anoyed or failed to make sence or were just totally unbelievable in this book for me to enjoy it. (view spoiler) We meet Nick and Brandon briefly when they are roughly 17 and again when they are 19. Yvonne (reveiwer) made the point about Nick living in a shelter dispite everyone adorring him and I agree. This is Marisa the baracuda that comands all of Nicks time. They were added to each week with so many plots appearing to keep it going, and thats exactly what this felt like. Things seemed to be added just to keep it going.

The story swings back and forth between flashbacks of their first years, and a current time in which they are both recovering from serious injuries due to a kidnapping and rescue.