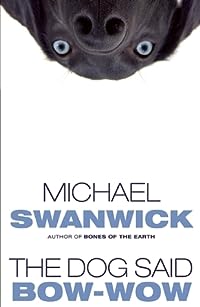 Everything old is new againGreat literature has never been this much fun before.

The reigning master of short fiction reinvents science fiction and fantasy in a dazzling new collection unlike anything youve ever read.

Ranging from the hardest of science fiction to the highest of fantasy, this irresistible collection amuses and enlightens as only Michael Swanwick can.

The various Darger & Surplus tales (The Dog Said Bow-Wow, The Little Cat Laughed to See Such Fun, and Girls and Boys, Come Out to Play), relating the adventures of a pair of con-men in a world suffering the effects of a computer apocalypse and subsequent love-affair with bio-engineering, were all very enjoyable and entertaining, though perhaps sometimes a bit light on substance. Happily, there werent any glaring examples of my most hated kind of modern short stories, namely literary wanking, where the sole point seems to be for the author to dazzle with his literary technique or twist endings with nothing else to show for it (though the first story Hello, Said the Stick came close.)

Highlights include all the Darger and Surplus tales (three of themI hope Swanwick makes of novel on them), who are con men in a flamboyant bioengineering crazed future, following a computer based disaster that is hinted at, that combines our collective myths and history with future shock to craft surreal, dreamlike vision of future London, Paris, and Arcadia.

Swanwicks story telling is often better than his stories. Readers beware, many of these stories would be rated R for pornographic scenes.

Three stories in the collection ("The Dog Said Bow-Wow," "Slow Life," and "Legions in Time") won the Hugo, several others were nominated. I'll start with the last and best story: Urdumheim This cosmogonic etiology was one of the strongest stories in the anthology - probably not for everyone but I love those sometimes pathetic sometimes grand tellings. Swanwick's story tries to accomplish the opposite: A single language is a bad thing because it might be stolen by demons and reduce humans to wild creatures. Swanwick seems to throw everything he has got into this story: romance, schemes, traitors, murder, action, and warfare all combined and mixed with his great imagination. I choose the collection because I liked his light-hearted story of two conmen Darger and Surplus in Rogues. This collection contains three additional stories with those "heroes": The eponymous and Hugo-winning "The Dog Said Bow-Wow", "The Little Cat Laughed to See Such Sport", and "Girls and Boys, Come Out to Play". for The Dog Said Bow-Wow Published in Asimov's October/November 2001 (sorry guys, there is no GR entry for that particular volume), it won the Hugo 2002 and was nominated for Nebula Short Story in the same year (beside of several other nominations). It is one of several stories following the two con-men Surplus and his partner Darger who is a genetically engineered intelligent and talking dog. I'd even call it Science Fantasy because technology is so advanced that it might be magic - evident from fashion worn at "Queen Gloriana"'s court: "boots and gloves cut from leathers cloned from their own skin." The two protagonists invent cons in several European cities where human won a war with artificial intelligence. for The Little Cat Laughed to See Such Sport This time, Darger and Surplus are in Paris, conning the recovery of the Eiffel tower. for Girls and Boys, Come Out to Play Darger and Surplus are in Greece. At the same time, I am impressed by a much deeper theme Swanwick shows us very briefly at the end of the story: the impossibility to return to the places one loves best. for "Hello," Said the Stick This 8 pages story felt more like an overlong, underwhelming joke than a short-story. The only thing making it ok for me was the twisted world-building - something like science fantasy. for Slow Life Published in Analog Science Fiction and Fact, December 2002, this novelette won the Hugo 2003. Swanwick's stories are set in a broad range of SF styles. Swanwick's answer seems to be "marriage, hard work, community, and simple human kindness".

Swanwick Seems to like to patch together oddly matched technology and supernatural elements, borrowing from multiple mythoi, and incorporating non-human characters such as genetically engineered canine-human chimera or elves and ghosts. It's set in a world of mixed technology, a swordsman mercenary who understands what things like radio are. Judging by the later stories in the collection, Swanwick likes this sort of skewed technologies, mismatched cultures and mythos. Anyway, this first story is certainly amusing enough, though I found the title character rather stiff and wooden :) The Dog Said Bow-Wow The "buddy story" is a pretty common trope (though more so in TV and movies), usually used for lighter fare. The two characters aren't terribly likable (and don't like each other, either; a little extreme for a "buddy story"). An Episode of Stardust This is another con artist story, not a whole lot different in flavor than the "The Dog Said Bow-Wow" Surplus & Darger story. :) Instead of a technology-adverse post-AI-war gaslight world, we have a mix of technology (Edwardian again?) and supernatural creatures (fae), and the story structure very neatly offers two different PoVs: a mildly belligerent dwarf, Gabbro Hornfelsson, for the main story; and Nat, one of the con artists, in the flashback "how they teamed up" story. I liked this story because I found the writing more wryly amusing than in the previous stories. These places always seem to have some sort of meta-time; events happened there in sequence (first visit 1936, then 2004, then 3197, then in 1936 again...) I always wonder if someone will write a story in which there's also meta-time travel :) The Little Cat Laughed to See Such Sport So, our second Darger & Surplus story. This time we are in Paris, and I liked this story better than the first, perhaps because it's without an "origin" story. Swanwick likes to tell con stories by letting the reader in on the con. Girls and Boys, Come Out to Play The third and I think final of the Darger & Surplus stories is my favorite of the trio. It's a little more active (and violent) then the previous to the collection, though I think that's incidental. A Great Day for Brontosaurs This was a short little hors d'oeuvre of a short story, simple and to the point with the classic little twist at the end. A Small Room in Koboldtown I enjoyed this story a good deal as an amusing supernatural mystery. Urdumheim This fantasy "creation story", featuring gods and demons, started off a little dry, but I found it grew on me as I read along, and I ended up enjoying it.

The indulgent mixture of mythological categories, nuanced understandings of gender and sexuality, and willingness to push genres into each other until they play nice (or fall apart under the stress) makes for good reading.