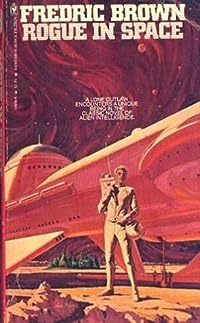 Other characters are criminals and portrayed realistically for the time the book was written.

In the real future, all ads will serve the purpose of dumbing down the population thru vocabulary reduction. Crag doesn't want to display his family jewels to the enemy, woman but, HEY!, this is the 23rd century & such prudishness is a thing of the past. That's how we know this is the 23rd century b/c it's definitely NOT a thing of the past here in the 21st: "Crag growled. That's way more special than losing one's virginity: ""The gravity is artificial, Crag," said the voice inside his mind. Would you prefer a lesser one, like that of the fourth planet, the one you think of as Mars?"" - p 88 In the future, all smart & sexy phones will be able to act like dimmer switches on local gravity. And people in all categories who are willing, at a price, to submit toahwhatever you prefer." ""Any category?" Crag asked. ""Any, Sir. The Luxor prides itself on being able to please." "Crag said, "I like hotel managers. Immediately opposite, across the River Nile, lie the monuments, temples and tombs of the West Bank Necropolis, which includes the Valley of the Kings and Valley of the Queens." ( https://en.wikipedia.org/wiki/Luxor ) Readers might think that the use of "Luxor" as a hotel name that caters to kinky tastes is inspired by the Luxor Hotel in Las Vegas. This is PROOF that SF predicts the future: "Ground was broken for the Luxor in March 1992 and the resort officially opened at 4 AM on October 13, 1993, to a crowd of 10,000 people. "A theater and two additional towers totaling 2,000 rooms were added in 1998 for $675 million.When the resort opened, it featured the Nile River Tour which was a river ride that carried guests to different parts of the pyramid and passed by pieces of ancient artwork on a river that encircled the casino. "On May 7, 2007, a vehicle exploded in a Luxor Hotel parking garage due to a home-made pipe bomb which left one dead. "In July 2007, owner MGM Resorts International announced plans to thoroughly renovate the Luxor, spending $300 million to remodel 80% of Luxor's public areas, removing much of the ancient Egyptian theme and replacing it with more adult-oriented and modern lounges, restaurants and clubs." - https://en.wikipedia.org/wiki/Luxor_L... One doesn't have to search far in SF for imaginings of harsh drugs of the future. Far be it from me to ask the obvious question but Why not just get the planet to do it for you?: ""We need living quarters. That ship's too crowded and has too little privacy for five people to live in long.

A strange alien entity enters our Solar System, and discovers the human race.

One of my favorite science fiction writers, William Gibson, has commented on the difficulty of staying ahead of eve more rapidly advancing technology when trying to envision an interesting and scientifically feasible future. Crag's experiences with the staff of the luxury hotel on Mars are a droll commentary on human foibles, as the staff automatically assume that he will be interested in pornography and prostitutes, and go out of their way to figure out which depraved taste he needs to have sated.

Frederic Brown wrote some good novels, such as Martians Go Home, and some fine short stories.

Never financially secure, Brown - like many other pulp writers - often wrote at a furious pace in order to pay bills. A newspaperman by profession, Brown was only able to devote 14 years of his life as a full-time fiction writer.